Sold out screening at the Chicago Reeling Festival, but just got picked up for distribution. It will be available soon. 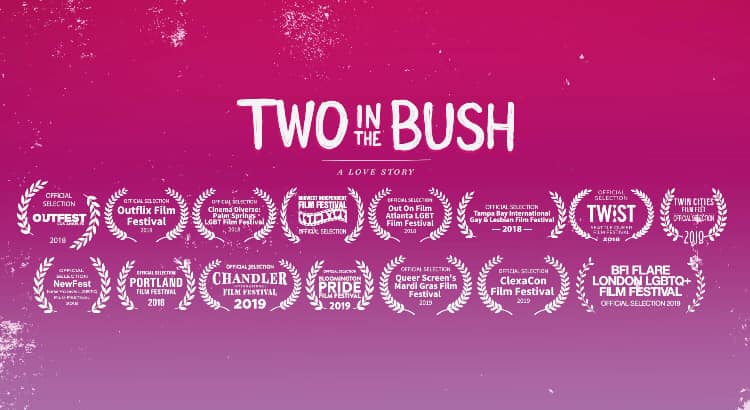 We're excited to be the community co-presenter for this amazing film!

Join us at Reeling as we watch the acclaimed film "2 In The Bush!"

Director and screenwriter Laura Madalinski  is scheduled to attend.**

Emily (Sarah Mitchell) has just been dumped by her girlfriend, kicked out of her apartment and fired from her job. Her best friend hooks her up with a new gig: personal assistant to a dominatrix. But when Emily falls for her new boss Nikki (Caitlin Aase) – and her new boss’ boyfriend Ben (Travis Delgado) – she must decide what risks are worth taking for love. Co-writer and Chicago-based director Laura Madalinski brings home her sensitive and restrained portrait of a polyamorous relationship in this special screening for the Reeling audience. As Lesflicks critic Victoria B noted, “This may be the first bi-poly sex dungeon rom-com.”