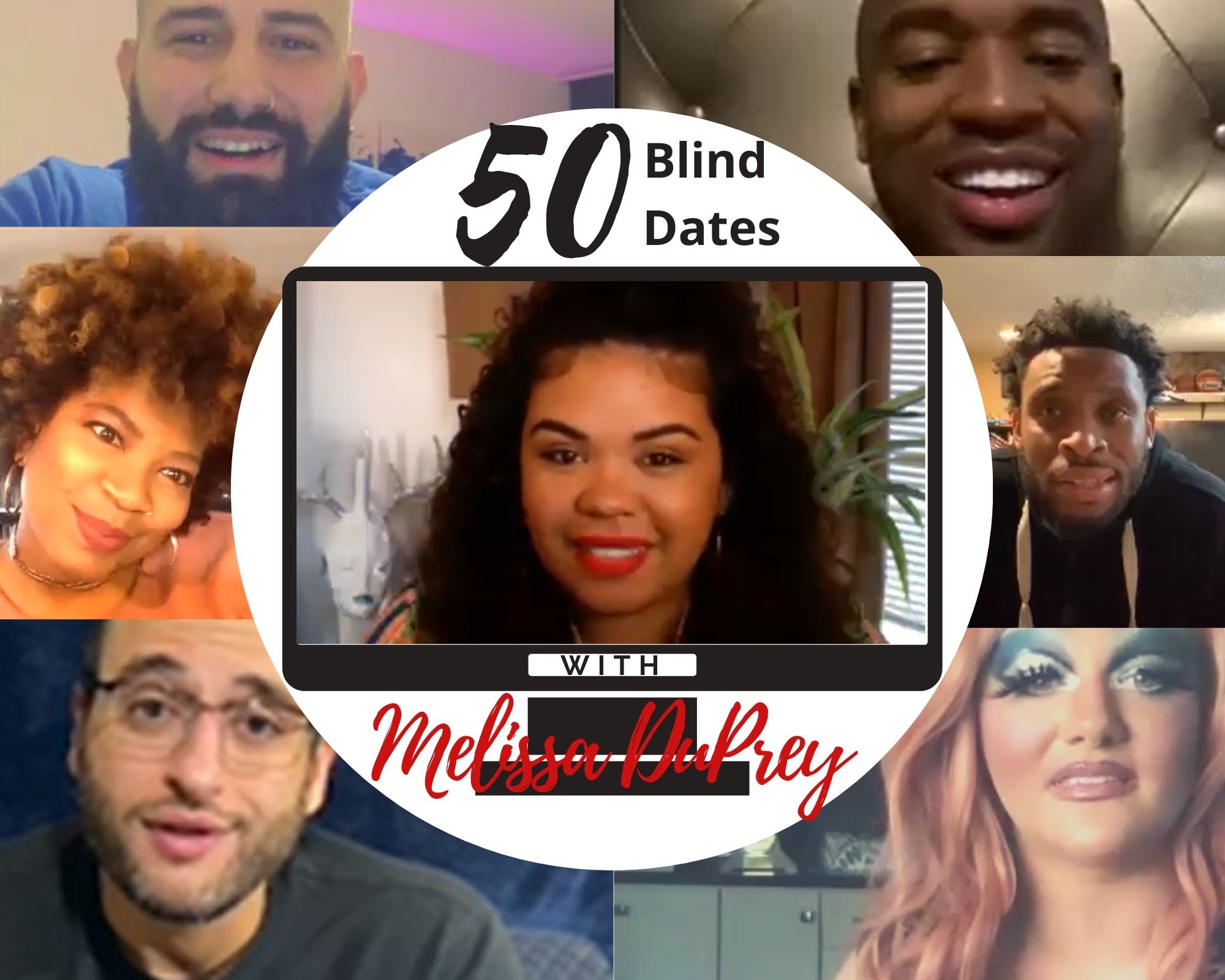 “This is amazing, terrifying, brave and dumb. I love it.”-Jill Hopkins, Vocalo

Emmy-nominated actor, comic, and activist, Melissa DuPrey, has created an online reality dating show to combat social isolation during quarantine. 50 Blind Dates with Melissa DuPrey will feature 50 hilarious, heartfelt exchanges with strangers in hopes to find her the ONE person she would like to go on a post-quarantine date "when this is all over". The show will stream Monday through Friday with recaps on Saturdays on social media platforms starting June 1st at 7:00pm until mid August.

Melissa DuPrey is one of the most versatile and provocative performers in Chicago.

This Chicago native and AfroLatina has been on the most prominent theater stages like The Goodman, Steppenwolf, Victory Gardens, and Court Theater. She has been featured as a recurring character on FOX's Empire, NBC's Chicago PD and Showtime's The Chi, and and has two feature films circulating in film festivals nationwide. She was recently seen on multiple news outlets as the emcee of the most recent March to the Polls by The Women's March Chicago for 100,000 marchers.

Please find attached the press release and e-flier for the show. Photos available upon request. Please share with your media and press contacts for coverage, write-ups, and listings. Do not hesitate to reach out with any questions or concerns.

Chicago, Il:  What do Tinder, OKCupid, Bumble, and Grinder have in common? The end result on those apps  is physical connection, a date, some drinks, and often, a regretful hook-up. Now, quarantine has challenged our modern version of dating. How do we move past this isolation into true connection? Chicago actor and comic, Melissa DuPrey, seeks to challenge social isolation by creating “50 Blind Dates”, an online dating show where  the goal is to find the person she would like to go on her first post-quarantine date with “when this is all over”. It’s Love is Blind meets The Bachelorette, but with a whole lot of Chicago flavor.

“Before quarantine, I wasn’t connecting deeply with people I met socially. It was  rare that I would even be asked out on a date, the  dating apps were no help either”, DuPrey explains. “I’m the type of person that feeds on vibe and energy. That’s what we need, especially now. To see and hear people. A date is just a term we use for connecting.” DuPrey, a single artist striving to explore the human experience via performance, gathered a team of her closest collaborators to talk about the necessity of communication. That team will also serve as the panel, “The Tribe”, who vet, provide commentary, and eliminate prospects as the weeks go on. Fifty candidates will dwindle down to three hopefuls who will continue connecting with Melissa until the phase for reopening restaurants is reached. Then the ONE selected individual will be revealed at the restaurant LIVE!

Executive Producer Miranda Gonzalez says, “When Melissa first approached us with the idea, we thought it was brilliant and generous. She is witty, smart, and genuine. The dates take you on a whirlwind of emotions. It’s as if each person is talking directly to you, leaving you no choice but to feel connected to each and every one. You’ll find yourself commenting and commiserating, just like her Tribe on their Saturday recaps. What Melissa is doing is revolutionary. She just reinvented dating.”  The show contains heavy hitters on the production side including Carlos Jimenez Flores, a Puerto Rican filmmaker who recently procured the television network, “Boricua Box”.  Wendy Mateo, accomplished comedian, filmmaker and half of the improv duo, Dominizuelan. Rounding out the team is award-winning  playwright and poet  Kristiana Rae Colón and April Williams of Gill Talent Agency, both handling casting and vetting. Acclaimed editorialist and arts critic Yasmin Zacaria Mikhaiel serves as Production Manager.

2 in the Bush gets distribution deal!